Teknik Yapı not only supports socioeconomic development of the regions where it implements projects, but also supports its Social Responsibility Projects with several initiatives in culture, arts, sports and education. Teknik Yapı fulfills is social responsibility through the artistic activities organized conducted, schools and sports facilities built and the experiences offered to the mosques and university students. On the basis of Teknik Yapı’s Corporate Responsibility, there lies the promise of ‘repayment’ by Nazmi Durbakayım, the Board of Directors Chairman. Inspired by his successors who provided his education with support during university years, Nazmi Durbakayım considers sharing his experiences, knowledge and facilities with the environment and society as a social responsibility.

Teknik Yapı was one of those that laid the foundation of the “100% Support to Education” campaign initiated in the leadership of Muammer Güler, the Governor of Istanbul. Teknik Yapı not only donated a part of the land to realize Uplife Park project to the campaign that is conducted with the efforts of M. Ata Özer, the Istanbul Provincial National Education Director as well as the supports of the Mayors and District Governors, but also built a 24-classroom high school on the same land. Teknik Yapı donated to the treasury 5,628 square meters of Uplife Park project of 567 apartments to be built on a land of 26,000 square meters in Kartal. Teknik Yapı also built a 24-classroom high school building and an indoor sports facility on the land donated. Amount of the donation was 11 million YTL including the land. 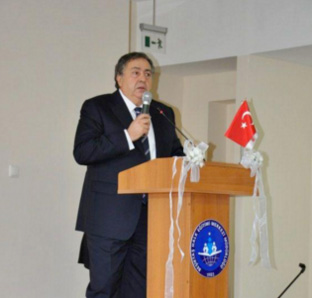 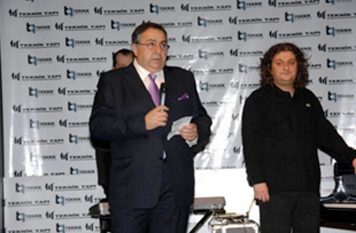 Held with Teknik Yapı’s sponsorship and contributions of Luxembourg Turkish Cultural Association, the exhibition was repeated in Caddebostan Culture Center between September 11 and October 11 this year. Brought a new perspective to the construction sector, Teknik Yapı continues to contribute to the artistic and cultural life through its supports to arts. Company hosted a great visual fest in different tastes of 6 Turkish and 7 Luxembourgian artists in different branches. Teknik Yapı shares arts with İstanbulians through Tuluyhan Uğurlu concert with ‘Istanbul, The Capital of the World’ theme organized in CKM.

Continuing its support to culture and arts, Teknik Yapı brought together Istanbul people with culture and arts through through Tuluyhan Uğurlu concert with ‘Istanbul, The Capital of the World’ theme in Caddebostan Culture Center. Teknik Yapı contributed to the cultural life of İstanbul with its support to the arts. Adopted the mission of preserving the values that reached from the past to our day, Teknik Yapı’s Chairman of Board of Directors, Nazmi Durbakayım said “We are here to share the art” to the guests during his inauguration speech. Stated that they put their mark under significant projects in several parts of Turkey and in Bağdat Street and constructed the buildings as works of art, Nazmi Durbakayım added that they will continue artistic shows.

Between April 3 and 31 December 2009, in the scope of 75th year of Haydarpaşa High School, several organizations from sports to arts, from cultural activities to social ones were realized. Coincided with the 75th anniversary of the foundation of the association, the activities included several organizations for the graduates to share their experiences. Nazmi Durbakayım emphasized that some of the activities promote the young people’s artistic and cultural activities, he also stated that ‘short movie competition’, ‘painting and photography competition’ and ‘Cultural competition on Istanbul’ will attract attention. Nazmi Durbakayım, the Chairman of Teknik Yapı and a graduate of the concerned high school stated that he tries to pay its debt to his school with social activities and by taking an active part in the Haydarpaşa High school Alumni Association.

TEKNIK YAPI IS BY YOUR SIDE ON ALL PLATFORMS